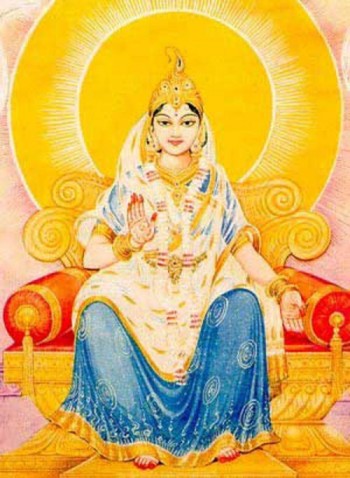 It is a fact that many Vaishnava scholars say that Srimati Radharani is ‘Hidden’ even in the Srimad Bhagavatam, and that Her Holy Name is only revealed in the word Aradhanam for Her superlative embodiment of Service to Hari as Love-Of-God in Person. However if we know where and how to ‘see’ Her throughout the historical record, She is ALWAYS there with Krishna and Balarama! She is the Adi Shakti / Shekinah of the Supreme Lord. Just as He has hundreds and millions of Holy Names, She does too. Just as He as the Adi Purusha manifests in countless Forms, She as the Adi Prakriti does too! Wherever He is, She is too. However, Her Highest Original Name-Form ‘never leaves’ Her BUCOLIC BOUKOLION BOUSAALA Supreme Abode PARADISE of BRENDA’s VANA on Rhodes. Everywhere else, She is worshiped in Awe and Reverence in One of Her Sacred Queen Forms. Thus every OTHER sacred place has its Presiding Queen TYCHE or FORTUNA, LUCRETIA-MONETA, ‘LADY LUCK’, MINTHE or LAKSHMI. Coins were first ‘minted’ at Her Laxmi Shrines. Money is Named for Her MONETA. LUCRE (MONEY) and LUCK (FORTUNE) are named for Her. As FORTUNA She is the ‘Consort’ of God as Providence. Throughout the entire ancient World She is the merciful Sacred Queen, Who is the Mother of all of Her Peoples. So, internally and on Rhodes, She is RHODA-KORE etc. but everywhere else She is worshiped in one of Her other Forms. Thus She is identified by Her Rhodes-related an-iconic Forms, pictorial puns, hieroglyphs or symbols. For example the HEXAD says Her Name, HXD=SKT SHAKTI. The ROSE or a RED FLOWER says Her Name RHODA. The NYMPHIA / LOTUS says Her Name Sri or Padma. The STAR says Her Name ASTERIA, STELLA or ASTRAYA, TARA. Sacred BASIL says Her Name BASILEA, the Queen of Heaven!  END_OF_DOCUMENT_TOKEN_TO_BE_REPLACED 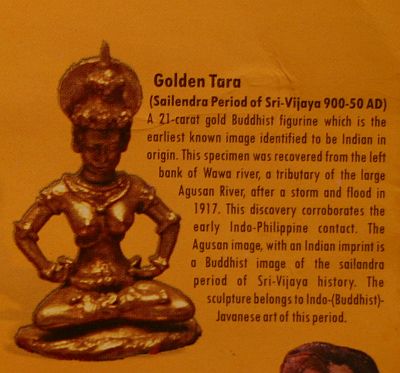 Everywhere and at all times in the ancient world, when tending-towards sattvic people worshiped the Supreme Lord and His Shakti/Shekinah, They were ALWAYS worshiped TOGETHER. Thus all forms of Pure Land Buddhism have their origins in the worship of both AMITA-BHA and His SHAKTI. Tara (STAR, ASTRAYA/ASTAREA/STELLA) is one of the Shaktis of Vishnu, and when Pure Land Devotional Buddhism spread into China, TARA was initially worshiped along with Avalokiteshvara (Vishnu) as MA Guan Yin. The earliest Icons/Murtis of Guan Yin that are masculine are simply the Father Avalokiteshvara Kuan Yin Form. As the devotion to Ma Guan Yin (TARA) became ever more popular, the devotion to Father Guan Yin (Lokeshvara) both receded in importance and became absorbed-into a kind of we-don’t-know-and-we-don’t-care devotion to the rather a-sexual form of Guan Yin.  END_OF_DOCUMENT_TOKEN_TO_BE_REPLACED