The Vedas and other ancient scriptures… describe the sky as the “Kala Purusha” the “Divine cosmic being”, personification of time, being the zodiac a representation of his different body parts. The whole original Bhakti Buddhist Other-power Tradition has diffused out of Vaishnava centers and is full of Vaishnava doctrines and practices.

“In a 17th century printing by Christian QBLHist Athanisius Kircher, (Figure 4 -Below)) we see the triune halo representing God in the form of the Christian Trinity concept atop the wheels of concepts emanating outward from a core symbolising the cosmos of the QBLHistic world of Assiyah. Here we see Adam Kadmon, the cosmic template of man’s physical body and the mind of God that can possess any living person, depicted as a child-like Christ, whose limbs reach across the cosmos of Assiyah, but who is yet bounded within the outer 3 realms of the other QBLHistic worlds.

Here we see the outer edge of the comsos of Assiyah, to which the reach of the child-like Adam Kadmon extends, is marked by the wheel of the zodiac, and that the “Microcosmos” within the young Christ’s reach is comprised of the 7 planetary orbits, symbolising the 6 cardinal directions plus the forward motion of time. Below these are 3 worlds surrounding Malkuth, the Kingdom, which signify the 3 essential elements of Alchemy, salt, sulphur and mercury, signifying, alike frozen, fluid or vapid, the conditional states of matter as symbolic of the 3 spatial dimensions. Malkuth, at the centre of which are Adam Kadmon’s genitals, is shown in black.

Beneath the feet of Adam Kadmon, in the 3 “upper” worlds of ha QBLHistic 4 worlds, are three groups of three aspects. These signify the 7 heavens and 7 arch-angels of Beriah, the 12 permutations of the 3 Tetragrammtons, names of God, of Yetzirah, and the 3 layers of the greater light, Ayin, Ayin Soph, and Ayin Soph Aur of Atziluth, the upper-most world. In this depiction we see the zodiac circle as surrounding Adam Kadmon as alike an oroborus or aura, signiying the realm beyond God, when God is lowered into a form of body in the cosmos of Assiyah.”

END_OF_DOCUMENT_TOKEN_TO_BE_REPLACED

HARI, Krishna, is the Sourse of all spiritual and material worlds. Our local Sun Planet is just one of HARI’s infinite manifestations. When our Sun is considered a Form of Hari / God, our Sun is called Surya-Narayana. If we study the 1008 Holy Names of Surya Narayana, we can understand that Surya is a Form of HARI or Narayana, Krishna-Vishnu. However this Solar-Globe Planetary Form of His is NOT His ‘Original’ or ‘Supreme’ Form. Scholars have thus been mistaken in their identification of HARI (Krishna) as part of their imagined Global Class of Supreme Solar Gods. END_OF_DOCUMENT_TOKEN_TO_BE_REPLACED

This is a very brief summary of some of the main connections between the ancient civilizations that worshiped the Supreme Lord as Lion-Headed Kalah / Time. To the Indic Vaishnavas He was Krishna-Vishnu as Nara-Hari Kalah. He, Kalah, is the central Wrathful Cosmic Theophany of All-Devouring Time in His Bhagavad-gita Revelation. Shaivites consider Kalah / Time to be a Form of Shiva. Hari (Krishna-Vishnu) or Hara (Siva) is worshiped throughout the Range of Pure Land Mahayana Buddhism as Kalah Bairab, Kalah-Purusha and Kala-Chakra (with His Time Wheel). The ancient Persians worshiped their Supreme Lord as Lion-Headed Time (Zurvan or Aeon). Later the Zoroastrians and Mithras worshipers retained Him as the Father of the gods.
The Greeks called Him Kronus/Time and at first they worshiped Him as the Father of the gods.
The Romans called Him Jupiter-Saturnus and worshiped Him as the Father of the gods. The Greeks’ Kronos, and Romans’ Jupiter-Saturnus was identified with the God of the Jews and
the Lion-Headed Time Form of the Egyptians’ Supreme Deity.

This is the Wrathful Leonid-Headed Cosmic Form of HELI / ELI / ALI / HERU / HARI / HARA as KALAH / TIME in His great I AM Theophany in the Bhagavad-Gita. In Egypt He was called HERU-AUSU Amun-Ra and identified with ZEUS CHRONUS (Time) and JUPITER SATURNUS (Time). This is the Murti of Him carved in relief on the top center of the Metternich Stela in this Album. END_OF_DOCUMENT_TOKEN_TO_BE_REPLACED

In His Bhagavad-gita Sri Krishna reveals to His Friend, Arjuna, that He is the Original Supreme Personality of Godhead. Arjuna then becomes frightened when he sees the wrathful Universal Form of Krishna as Time / Kalah devouring the Worlds. Kalah, Bairav and Shiva are some of the other Names of this Lion-headed All-Devouring Form of Krishna, Nara-Hari. This Montage shows only a few of the countless ways that this Form of HARI is still worshiped as the Supreme Spirit and Protector of the Buddhists and Buddhist-related Hindus of India and the Orient.

Clockwise from the upper left is 1. HARI as Kalah Bairab, the Tibetan World-Devouring Lord of the Chakra Wheel of Time. 2. An Indian example of the New Year or Time (Kaula Month related) Festival Lion Dance, which is always performed for the Supreme Lord’s Blessing and Protection. Sometimes it is also connected to the individual’s or community’s purgation from sin. 3. The Barong Lion Dance of the entire Bali Region. Again the Lion is the Lord, the King of Spirits, Who forgives bad karma, blesses and protects individuals and communities in the coming year. 4. The Nepali and Tibetan Kalah Bairab worshipers also have their Lion Dances, but they combine these more directly with their animal sacrifices as a propitiation for the sins of the community. Note the late Buddhist version of the Egyptian, Persian, Indian and Cambodian Hem Hem Compound Crown of HERU-HOR, ELI-EL or HARI-HAR (Vishnu-Shiva) on this kid-Sacrificing Lion Dancer. 5. The Chinese celebrate their Lunar New Year in a very extravagant way, with their always-related Lion and Dragon Dances. The Dragon is of course Ananta Sesha Naga, the Ourobolos Serpent of Infinity, Who always accompanies Lord Hari as Time / Kalah. 6. In Japan the New Year is also celebrated with the Lion Dance called the Shi Shi Ma. There too the children along the parade route may be blessed and protected for the coming year by being ‘bitten’ by the Supreme Lord’s Lion Form! END_OF_DOCUMENT_TOKEN_TO_BE_REPLACED 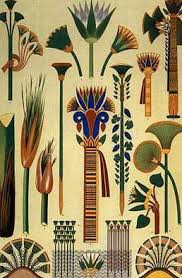 END_OF_DOCUMENT_TOKEN_TO_BE_REPLACED

In Hebrew ARYEH is the Lion-Headed God of the JEWS. He is the Lord of the Exodus Story, YAHU-TZABAOTH, the Lord of Hosts (both Heavenly Hosts / Sun, Moon and Asterims, and Earthly Armies), Who the ancients identified with the Protector of Israel and Judah, the Lion-Headed Form of God

In the previous age Krishna-Kalah worshiped by all of humanity in his Lion-Headed Form of God as Time . Once Krishna-Vishnu as Lod Nara-Hari / KALAH / TIME was worshiped as the Supreme Lord World-wide! He was the Deliverer of the Jews and Mixed-Multitude in their Biblical Exodus from slavery in Egypt. KRISHNA- VISHNU NARA-HARI Leontocephalos Lion-Headed TIME / KALAH of the Bhagavad-Gita, as the Biblical YAHU-TZABAOTH and Zeus-Jupiter Chronos-Saturus, Egyptian HERU-AUSU-Ammon-RA, Kushite Apademak, Shaivite and Buddhist Kalah-Bairab, Mithraic Zervan, etc. HE, ARYEH / HARYAH is the “Lion of Judah”, NARA-HARI, the Biblical Exodus Deliverer and Protector of the Jews!

Did you know that Saturn’s-Day Sabbath-Keeping is widely associated with the worship of Krishna-Vishnu as Nara-Hari Kalah, the all-devouring Supreme Lord as Lion-Headed TIME? From Tamil Nadu to Nepal, I, Bhakti Ananda Goswami, have seen Vaishnava Calendars with Saturday Sabbaths marked-off and decorated with Sri Yantras, the ‘Megan David’ ‘Star’ of Israel and Judah / the Jews. END_OF_DOCUMENT_TOKEN_TO_BE_REPLACED