Human beings are made in the image and likeness of God Ess. They are all gifted, and very differently gifted. Any perceptive person who has cared for many small children knows that they experience things differently and learn differently.

Touchers, Movers, Actives
Some childern are very physically active and tactile learners. They want to touch everything. As infants they tend to be out-going, never shy and always curious and exploring everything physically. They seem fearless, constantly seeking contact with other people, animals and things. They are touchers and physical signalers. As adults they will probably be gregarious and physically adventurous. They will want to close the distance between themselves and others. They will invite people into their physical space and may even impress or annoy others with their space-invading habits. They may become expert in physical forms of communication, expressing themselves through the ‘body language’ of movement, dance and even asanas, posturing, MUDRAS or ‘signing’. Sign languages are a very ancient form of communication. Signing or signaling that could be seen at a distance had a lot of utility in the ancient world. Bees are not the only creatures that can communicate through ‘dancing’.
Seers
Other children are physically reserved from infancy. They are not touchers. They are observers. Such children tend to be shy, and not physically curious. They may even be fearful of any thing or situation that is unfamiliar to them. They often do NOT want to touch things. They explore things by looking, observing and not touching them. Their need for personal distance from others, or ‘personal space’ is different from the touchers. Such children grow up to be critical trained observers and visual learners, because they primarily understand the world through their eyes. If a child is predominantly a visual learner, they may not want to hear intructions or descriptions of things. Instead, they may just want to visually see a thing or situation for themselves. To solve a problem they will visualize it. The ancient Vedic Rishis ‘Seers’ or Biblical Hebrew Roeh ‘Seers’ had VISIONS and SAW Theophanies of God! As visual artists seers communicate through the language of signs and symbols. Such visionaries ‘speak’ in YANTRAS, and ‘read’ icons, emblems and pictographs, hieroglyphs and visual codes. Theirs’ is also the domain of the printed word. Such children could grow up to work in a scriptorium or library. They would typically much rather use their eyes to read something in a book, than to try to listen to their teacher speak on-and-on about it. Such children may not be auditory learners at all. When their parents’ or teachers’ voices turn-on, they may tune-out. But, the same inattentive childern can spend hours a day with their heads stuck in books, or looking at a computer screen, absorbing vast amounts of information visually.
Listeners
Still other children are most attentive to sound. As infants they respond to sound more than other children. They notice it, and learn to interpret it sooner. They tend to speak sooner and to respond to music and other auditory stimulus sooner. They pay attention when people speak, and not only when people speak to them, but they are keen to take-in all of the sound-communication in their environment. They are hungry for auditory stimulus. They can listen to something 24-7, and tend to gravitate towards careers wherein they can satisfy both their need for meaningful auditory in-put, and their raw hunger for sound itself. Typically they cannot endure silence. Just as the Toucher or very physical person requires a basic amount of physical interactiveness with others and their environment for their well-being, and the visually oriented Seer requires some basic amount of visual stimulus for their well-being, the sound-oriented Listener requires some amount of auditory stimulus for their basic well-being. What is the Mudra Signing, the distance signaling or Natyam Dance for the Mover, and the Icon, Mandala or Yantra for the Seer, is the Mantra, Bhajan or Kirtan for the Listener, who needs an auditory ‘soundtrack’ for their life.

More rarely there are children who are not Touchers-Movers, Seers or Listeners, but who seem to live, as much as possible, inside of their heads. Such children are more interested in ‘day-dreaming’ about non-visual ‘problems’ than they are in external activities and stimulus. As they grow, the Calculators enjoy considering all kinds of abstractions. They enjoy numbers, algebraic equations, abstract geometry, calculating and doing complex mental problems. They like to create and solve math problems, games, puzzles, riddles and physics problems, and are far more interested in logic and contemplating their own internal thought processes, than they are in exploring the external world by any means of sampling-it, such as touch or physical movement, sight or sound. Their main interest in other human beings, and even in animals, is in how their minds work. Thus they may become employed in the mind sciences or mental health research (not care) fields. They may become scientists, philosophers or physicists, or if they have a spiritual calling, metaphysicists and theologians. The object of their compelling interest is not the external or internal visual world, the world of touch or movement, or of sound, it is the world of abstract thought, of studying logic, of contemplating, constructing and de-constructing the very processes of thought themselves. Calculators may actually have greater difficulty experiencing God’s Self Revelation, because they tend to be self-absorbed and therefore not available to experiences of the Divine Other. The Calculator’s interest may even be in the internal world of negating both the external and the internal Worlds. They may even become a nihilist or a voidist, or follow the ‘via negativa’ of Christian Apophatic Iconoclasm, or practise the ‘mindfulness’ of a Zen monk, and the contemplation of Koan-like challenging logic problems. [A Koan is a mind-stopping paradoxical Zen Buddhist Logic Problem.] Still, if impersonalism and atheism do not overtake the proud gnostic or ‘knowing’ Calculator, there is a place for them in the Lord’s perfect social-organization plan too!

All Are Gifted, and There Is No Place for Prejudice and Pride 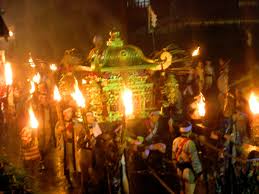 Of course there are other types of learners too, and many people are combinations of some, or all of these types.
My point is that all of these types of people are greatly gifted by the Lord to be exactly what and who they uniquely are, and none is more human, greater or lessor than they other, because of their inherent difference. As a loving mother experiences the unique giftedness of each of her children, we must learn to appreciate each other’s different gifts as well.

The Human faculty to visually depict an idea, abstract or theological concept, or to receive a Theophany or ‘Vision’ of God, is just as Divinely gifted as the intellectual ability to understand, hear or speak the Name of God, or to create ‘heavenly sounds’ and hear the ‘Music of the Spheres’ and Angels. It is a gift of God to be able to express things and to communicate in movement and action, signs and signals, or to perform the mental calculations necessary to construct mathematical models of the Universe. Thus Revelations OF God, which are FROM God, may come to humankind through the Visions of the Seers / Rishis / Roeh, the Visionaries of God and their Sacred visual arts, or through the Sacred words and music of those with the anointed ‘ears to hear’ and voices to praise the Lord! It is a gift to be able to express an idea or theological proposition in the logical order of words or numbers. There is a place in God’s good order for all these different types of wonderful people! The World of humanity is a richly variegated place of God’s creative goodness, because He has chosen to gift us with ALL of these wonderful miraculous faculties! He has furthermore deigned to reveal HIMSELF to us, while we are yet in this flesh, through the very senses with which He has gifted us! Why then should we reject His Own Self-Revelation through each other’s gifts?

The Lord Who has given us these brains to think, bodies to move and touch, eyes to see, ears to hear and more, is the Same Lord that we should WANT to touch, see, hear and think-about etc! Why should we then fear to do what He has enabled us to do? Why should we reject His Self-Revelation to us, through each other’s Divine Gifts? Why should the non-Seers begrudge the Seers their Visions of God! Why should the non-Listeners fault the Listeners for their desire to hear! Why should the religious Apophatics and Contemplatives feel prideful-over, or even contemptuous-of the religious Cataphatics and the Actives of this World? We creatures of God have different senses attuned to different realities! In the human being, all of our senses can be directed or attuned towards God. True humility is what allows us to tune-in to God’s signaling, whatever channel it is coming over! It is humility that is necessary for all real ‘spiritual’ advancement, and ‘spiritual pride’ will stop us in our tracks, if we let it.

I have been reading some amazing religious and ‘spiritual’ things lately, but the prideful attitude of some religionists and ‘spiritual’ people is truly and tragically amazing too. How they can be so advanced in some forms of religious or ‘spiritual’ learning, and at the same time be so proud and judgemental regarding other devotees of the Lord is astonishing. Most simply put, it is the same old problem of gnosticism, or Know-It-All intellectual elitism. Some people have a kind of pride in their intellectual ability or their natural lack of sensuality (or enforced asceticism), and in this pride and related prejudice against others who are not of their type, they are compelled to judge and to deprecate all other kinds of people in the World. Such pride-filled gnostic ‘Knowers’ come in both ascetic and hedonistic types, but what they share is a disdain for anyone that they think is less intelligent or less knowledgeble than themselves. They also do not recognise and value any OTHER KIND of intelligence or knowledge than their own.

Thus the proud religious gnostic or occultist who is a master of specialized kinds of esoteric things like computer code, numerology or astrology, will have disdain for the common mass of believers. The Iconoclasts will have contempt for those who commune with God Ess through Icons or Murtis. Those who do not want to contribute-to, or those who do not get anything out-of physically worshiping God, or participating in an organized community of worshipers, will shun the Rityas / Rituals of ‘organized religions’ and condemn them as mundane and even anti-spiritual! The Protestant Fundamentalists who ‘speak in tongues’ will think that the Catholics who repeat the same prayers over and over on their Rosaries are performing the “vain repetition” condemned in their King James Bible.

Thus the Proud Know-It-Alls of the World will arrogantly sit in judgement of their neighbors and even their religious relatives, thinking that they know better and do better, because they do or do-not speak (or sing) a certain ancient language, do or do-not keep certain dietary laws or days of the week as a holy day, do or do-not study some complicated system of mysticism or metaphysics, do or do-not ‘use images’ in their worship, do or do-not repeat the same prayers, do or do-not volunteer at the local soup kitchen, do or do-not wear a particular tonsure or habit of dress etc.

Please my Dear Friends, guard against any of this kind of haughty and holier-than-thou prejudice and pride. Such pride, which depreciates rather than appreciates the unique giftedness of others is ugly, and no pride is more ugly than ‘spiritual pride’. In the Name of all that is HOLY, please try to appreciate and value, rather than to tear-down and de-value others. You cannot mount up to Heaven by trampling others under your feet.

Divine Peace and Love to You All, 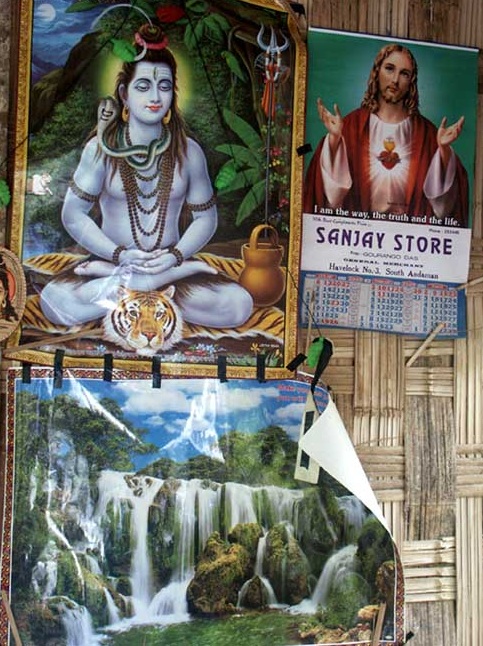