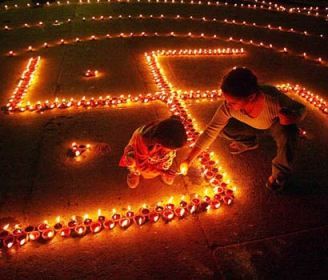 The underlying premise of my unified history of monotheism is that there was no strict divide in ancient times between the Greek or ‘Indo-Aryan’ (Indo-European) and Semitic (Hebrew, Israelite and Jewish) peoples, languages, religions and cultures.   The idea of a strict Greek versus Jewish / Semitic dichotomy is a later racist invention, that was highly developed and established as a kind of Euro-centric religion by the 19th century racist Euro-Aryanists.  This profoundly divisive and even adversarial Aryan versus Semitic world view eventually gave rise to the Third Reich and today’s present world pathology of thought, in which all sorts of racist self-identified ‘Aryans’ despise the ‘Abrahamic religions’, the Yahwists, Jews, Semites, ‘Zionists, ‘Illuminati’, Catholics, Jesuits or whatever else they call their imagined and most hated non-Aryan ‘other’.   For example, the Arab and Persian Muslims think of themselves as Aryans and the Jews that they hate with such a passion as ‘Semites’ or non-Aryans.

Hitler promoted this Muslim Aryanism during his collaboration with European Muslims against the orthodox Christians of the Kosovo region.  Hitler recruited Muslims as ‘Aryans’ and created his notorious Muslim Skenderbeg SS division for the purpose of a Serbian Orthodox genocide that would leave a pure Muslim state in eastern Europe.  Due to the Skenderbeg SS division’s genocidal fury, it almost succeeded. The recent Serbian attack on the Kosovar Muslims was a long-delayed retaliation for this WW II Kosovar-Skenderbeg campaign to wipe out the Serbs.   So we see that humanity is still suffering in so many ways from the creation of this adaptable shape-shifting Aryan versus Semitic racist mega myth.

In ISKCON and the Hare Krishna movement this Aryan versus Semitic (or Aryan versus ‘Abrahamic religions’) myth is foundational to the thinking of many, as can be seen in the anti-Jewish and anti-Catholic (or anti-Christian) teachings and writings of many leaders and devotees.  Pervasive Hinduist and Euro-Aryanist prejudice is why my own work has not been valued in the movement.  The devotees’ angry attacks on me and my work, and efforts to undermine my credibility are based on this artificial dichotomy in which the hated God of the Old Testament and Judeo-Christian tradition is compared and contrasted against Krishna-Vishnu as a wholly-other Aryan deity.  The idea that Krishna-Vishnu was the God of the Jews is just so appalling to so many devotees that despite Srila Prabhupada’s clear teaching on this matter, they are unwilling to even consider my assertions regarding the evidence.  Thus from year to year they remain in their comfortable denial, and will not face any of the ample evidence that I have already provided.  These devotees are uneducated and unfortunately unteachable due to their deep blinding religious pride and prejudice.

The general case has already been made…Jews and Greeks shared common racial, linguistic and religious ancestors.

Why must I continuously defend the basic premise of my work regarding Helleno-Semitic monotheistic connections, when over 100 doctoral dissertations (when one includes the Black Studies scholars like Martin Bernal) were done under or after the man (Gordon) whose entire mature work was developed on this premise?   The Afro-Egyptian connections have now been developed by Black Studies scholars out of the pioneering work of the Helleno-Semiticists, who were principally the students / followers of Cyrus Gordon and Michael Astour, two highly respected scholars.  To understand the basics, one should go back and read the seminal works in the field….those of Gordon and Astour are foundational .

I ‘independently’ discovered the Greek-Semitic commonalities through my religious studies in the mid 1960s.  Studying the theophoric names and other evidence of the religion of El or Yah throughout the region, I quickly discovered that the Greek Helios worshiping monotheists were co-religionists of the Jews.  Everything else followed this revelation.  Of course when I learned of Gordon and the others working on these connections, I was elated.  Sadly today people are still generally ignorant of these all-important connections.  Because of this, my work is rejected without any serious consideration and my assertions regarding the worship of Eli-Yahu / Heru-Asu / Helios / Hrih are just dismissed as if they were incredible.  This shows that people in general are still suffering from some kind of myopic Aryanist assumption.  Somehow they cannot grasp that Jews and Greeks were mixed race, related, their languages and cultures were related and that they worshiped the same God  and ‘gods and goddesses’.  Now the Black Studies scholars (like Martin Bernal) have added their claims into the picture and developed a field of Afro-Helleno-Semitic studies.  In the 1960’s my own work anticipated all of these developments, because I said that the Egyptian pre-dynastic supreme deity Heru-Asu was the West Semitic supreme deity Eli-Yahu and Greek supreme deity Helios.

During World War II, Cyrus Gordon served in the U.S. military, volunteering for the Army in 1942, at the age of 33. As the head of a new cryptanalysis team, Gordon and other linguists used their collective skills in deciphering and analyzing coded languages. The Nazis and the Japanese sent coded messages, not just in German and Japanese, but also in such languages as Arabic, Turkish, and Persian. Gordon later remarked that his cryptography work for the U.S. Army provided him with the tools he later used in his work with the Minoan script designated Minoan Linear A. Later in the war, Lieutenant Gordon was assigned to the Middle East, serving in the Mediterranean, Egypt, Palestine, Iraq, and eventually in Iran. There he learned to speak Modern Persian. He had various duties in Iran, including serving as interpreter or intermediary with local officials and rulers. He also found the time to engage in scholarship. He visited major archaeological sites of ancient Persia, and published a treatise on a number of Aramaic magic bowls from the collection of the Teheran Museum.